Auger & Sons can service all of your sewing machine and vacuum cleaner needs now and in the future. Our roots in the Rochester, NH area run deep – more than 80 years deep. We proudly service the greater Dover, NH; Portsmouth, NH; and Rochester, NH areas.With four generations of experience and dedication, we provide the comfort of reliable service to our customers. Contact us today! 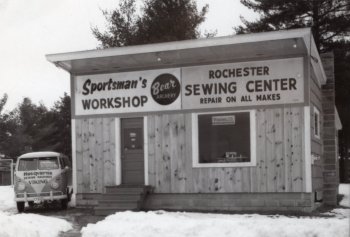 In 1935, Fred Astaire was on the radio, and a new car cost $580. During the same year, Albert Auger began working as a stitching room machinist in New England’s then-booming shoe industry. It was not long before Mr. Auger recognized a need for a sewing machine repair shop in Rochester. Shortly afterward he began performing repairs in the basement of the family home. Thanks to Albert’s commitment to quality service and fair prices the business found near-instant success. Before long a part-time job turned into a full-time business. With the help of his wife, Theresa Albert formed Auger Sewing Machine, The current location opened at 100 Chestnut Hill Road in 1956. Also that year the Husqvarna line of Swedish made sewing machines were added to the company’s offerings 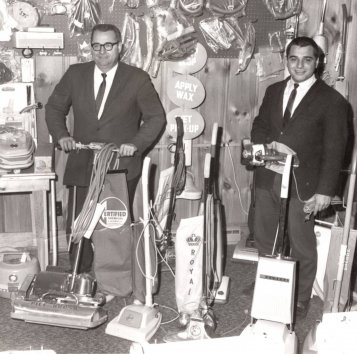 Albert’s two sons, Paul and Phil joined their father in the family business during the 1960s. Under Paul’s guidance, a full-service vacuum cleaner department was added. During this period the business was incorporated as Auger & Sons. Sadly Mr. Auger passed away in 1970. After his passing Paul purchased the business from Theresa and Phil. This year marks Paul’s 50th anniversary as company president. In the early seventies Theresa retired, and Paul's wife Madeleine assumed control of the business finances as Treasurer, a position she still manages today.  As the seventies became the eighties, Auger & Sons remained on a path of continued growth. Babylock, New Home Janome sewing machines were added.

Expansion continued throughout the 1990s. By this point, all of Paul’s four children spent time working in the family business. One of them, Celeste, went on to manage the company’s vacuum cleaner department for several decades. Paul’s only son, Tom was instrumental in aiding in several projects. Under his guidance, a 3000 square foot addition was added behind 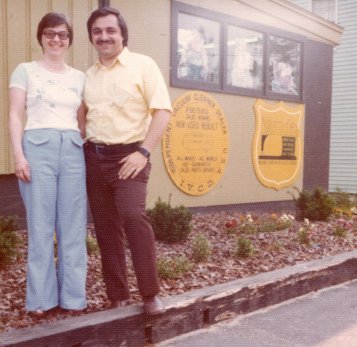 the store. A Boston College graduate, the younger Mr. Auger recognized the importance of bringing Auger & Sons into the electronic age. A diverse selection of embroidery and quilting machines were added to the lineup, and Tom designed and launched our website www.augerandsons.com. A fourth generation has recently joined the company. Paul R. Auger, Albert and Theresa's grandson works along side his grandfather on a part time basis.

Many things have changed since our founding 85 years ago. One thing has, and will always remain the same is our commitment to you. Auger & Sons continues to focus on Albert and Theresa’s mission of providing quality products, and excellent service at fair prices.
Order Today 1-800-439-3395